I am happy to announce that it has been ranked as one of the best books for March in the “March Advocacy” section of the Chinese newspaper “Literature News”.
I hope many people will be able to get their hands on it.

A formal experiment to capture lyrical thoughts on life and death in the modern day, enter the second period!

After releasing Farewell to the Departed, Hirano shocked his readers by changing tracks. The title work lyrically depicts a night spent together by a man and a woman in a setting reminiscent of I-novels, delicately placing the act of making love as a part of the process of communication. The short story Memory is about a father’s death that can’t be remembered, using metaphors that are repeated and restructured. In Shimizu, the solitude of existence is depicted vividly with the backdrop of an illusory background.
Hyokai uses a novel way of storytelling, with each page split into the top and bottom of the page. The story is about the small misunderstandings between a boy who has lost his mother, and a woman who commits adultery.
These short stories give the strong impression of the author’s lyricism and talent. 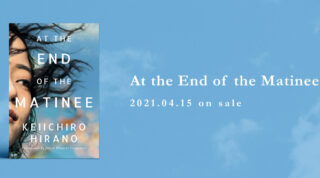 Today is the release date for “At the End of the Matinee”. 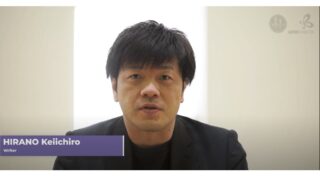 The Japan PEN Club and the Japan Foundation Toronto Center for Japanese Studies hosted an event titled “Japanese and Canadian Writers Talk: Social Transformation by Pandemic and Its Impact on Creative Writing”. 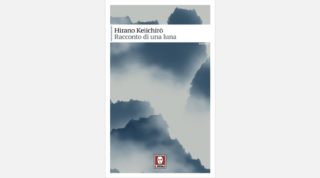 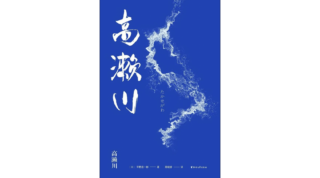 An archive video of the talk event that took place at the Taiwan Book Fair has been released.

A Japanese movie “At the End of the Matinee” will be released in Korea on 31st December 2020.