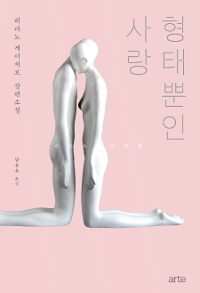 In the prime of the internet, a premonition of a return to the physical. Hirano’s first newspaper serial attempts to design a new form of love.

Product designer Arai is asked to create a prosthetic leg “more beautiful than the original” for an actress whose leg was amputated following a car crash. In the process of preparing her to reappear, standing, in the Paris Collection, Arai himself, who was once abandoned by a “free-spirited” mother, confronts his feelings of loss and is even able to recover his ability to love. Against the backdrop of the brilliant yet lonely entertainment industry, a keen understanding of the author’s design comes to fruition in a worldview rich in nuance. In addition to pioneering a rebirth of the material world in the digital age, Hirano redefines love in a dividualist sense, a premonition of his later work, Matinee.